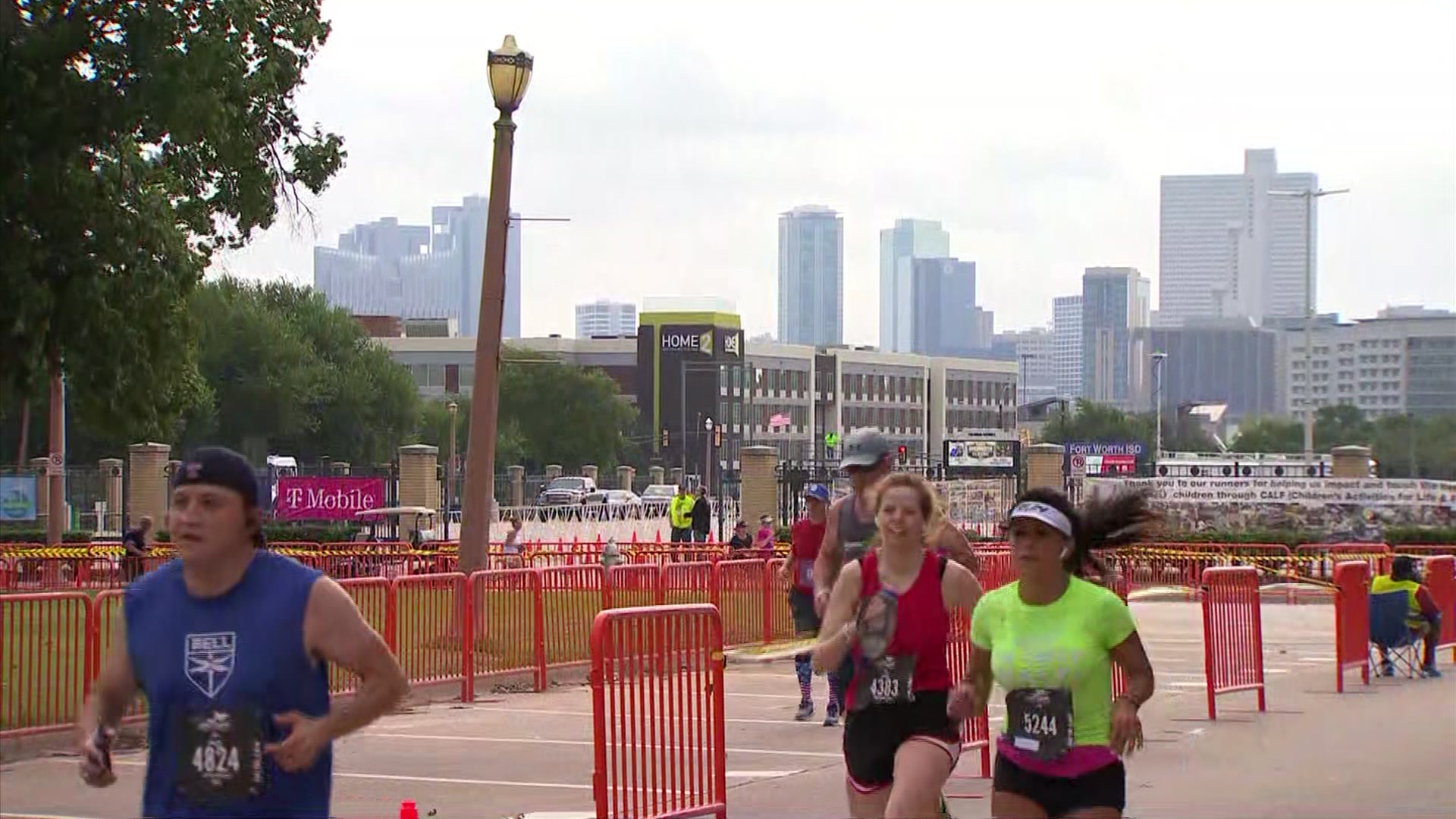 Thousands of runners took part Saturday in the 43rd Cowtown Marathon — run for the first time in over a year after cancelations and delays brought on by the COVID-19 pandemic.

The 2020 race was canceled outright and this year’s event was postponed from February to May.

“Getting back to racing again is something we’ve all been yearning to do with the pandemic, and this is one of the first races back. So we’re super excited to see this race happen in person,” runner Gary Kutscher said.

The Fort Worth race gave runners the option to compete on the course or virtually this year. More than 6,500 people took part Saturday and more than 4,000 more will compete virtually.

Kutscher, who competed in the marathon, is a race director from California.

He ran the half marathon and got some tips ahead of the OC Marathon, which will be held in November in Costa Mesa, California.

“California is a little different than Texas right now, so we don’t know yet what the environment is going to be for us. But we’re hopeful we’ll be able to have a race with 8,000 or 9,000 people,” Kutscher said.

There were signs of change — from actual signs directing runners to the proper lane, to staggered start times, with runners starting every few seconds to social distance.

After the race, runners proudly wore their medals — grateful to have completed the Cowtown Marathon — and all of its challenges.

“I’m very relieved, yeah. The last mile, I was like, I don’t know if this would happen again. I don’t know,” runner Olivia Costanza said.

Heidi Swatz, the executive director of the Cowtown Marathon, said despite the changes due to the pandemic, the marathon went as smoothly as possible.

Swartz said they hoped to hold next year’s race in late February on its usual date.

Registration is open and hundreds of people have already registered.

NBC 5 is a sponsor of the Cowtown Marathon.